"If your dream is big enough, then the facts don't matter."

Martha is an Ambit Energy consultant who promoted to the Executive level within a year of starting the business! Martha lives in Los Angeles, California, an area where Ambit does not have service yet.

She is an Eritrean American who originally came to the US as a graduate student. After a challenging beginning in adapting to a foreign culture in a new country, Martha managed to build a career in community college administration. She currently works as a full-time Assistant Dean.

Before starting her Ambit Business, she felt like her work life was on autopilot and she was simply going through the motions. She wasn’t pushing to advance because it meant she had to be involved in workplace politics, something she had been avoiding throughout her career. Neither was she doing anything to change her situation, because she didn’t think there was a better option than her six-figure income job she had for 14 years.

Martha started her Ambit business a little over a year ago after being introduced by a long time church friend. Initially her goal was to eliminate her debt.

However, it didn’t take long for her to realize that she actually stepped into a whole new world of options and possibilities, and that what she had her hands on is bigger and better than any other opportunity she had ever encountered. 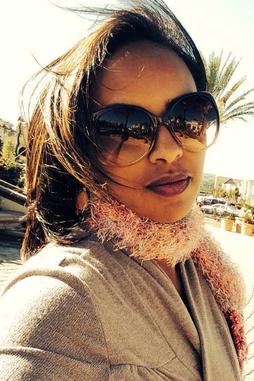