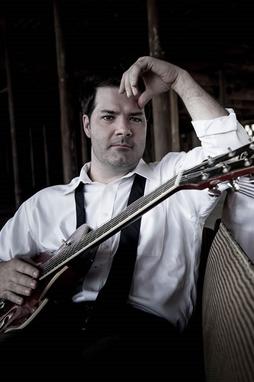 Stan Lynch, from Tom Petty & The Heartbreakers, may have said it best –“It’s as if Don Henley, Elvis Presley and the Everly Brothers met late one night at a Texas Roadhouse parking lot and beat the crap out of each other and what came out was Jon Christopher Davis. He’s brains, hips and harmonies.”

In 2004, his song, “Lone Star Attitude®,” landed and stayed on the Texas Music Chart for over 6 months. The popular song has since transitioned into a trademarked brand for the ARTrepreneur (Lone Star Attitude apparel store at DFW International Airport (C-33), LSA Burger Co. (Denton, TX), and the Dallas corporate event band, Lone Star Attitude).

In 2010, the Dallas studio session singer opened JustCoolMusic.com, a Dallas-based sonic branding house that produces custom music to enhance the messaging for organizations, such as the American Cancer Society, National PTA, IBEW, and the Texas Department of Tourism. Just Cool Music’s latest project consisted of producing “Power of a Girl” for the Girl Scout’s 100 year anniversary. The track features members from the Pop-Country group, Lakoda Rayne, as seen on The X Factor and Hayley Orrantia from the hit TV show, The Goldbergs. As one of Dallas’ top studio session singers, JCD’s voice has been featured on over 500 radio and TV commercials for brands, such as TXU Energy, Ford, and American Country Countdown (hosted by Kix Brooks).

In 2012, he was a featured artist on season 1 of Troubadour TX, a national TV show about Texas singer-songwriters chasing their dreams across the Lone Star State – http://www.youtube.com/watch?v=hF8mHGGsL1g.

As JCD says, “For me, music is not a hobby, it’s my life. I believe music is the universal language that connects us beyond country and culture. For a small-town Texas boy with a vinyl dream, I’m now learning how to survive in a digital world. Thank God, I’ve got an analog girl by my side!”

You can find JCD’s music at iTunes and Amazon.