• Everybody is a genius

• The brain is a super computer without an owner's manual

• The mind believes what you tell it

• The language of the unconscious mind is imagination

• Go to bed not thinking about anything

Bud Pierce is the brain behind The NeuroPower Academy and the concept of "Leveraging Your Minds Infinite Potential".

​Bud is a native of Virginia, where he earned his degrees in History and Psychology while attending Bluefield College and Emory & Henry College.  Bud working many jobs in his life such as, construction, Christmas Card Sales, National Park Service, and Head Pizza Chef at an Italian restaurant.  The jobs he was working were not offering him the financial stability he desired and he didn't feel he could do much with his Bachelor degrees so he enrolled in graduate school.

Mr. Pierce graduated from Radford University with a Master of Science degree in industrial/organizational psychology. Shortly after, he was published in two psychology journals for his research in personnel selection.

Mr. Pierce worked as a personnel manager and Professional in Human resource Management until he joined the insurance industry where he spent 20 years earning national awards as an agent, sales manager, branch manager, trainer and coach.

Bud currently works as an accredited clinical hypnotherapist and business consultant with a practice in Salem,VA where he spends his spare time volunteering at the Virginia Veterans Retirement Center and hiking the Appalachian Trail.​​

"Be Anxious About Nothing" 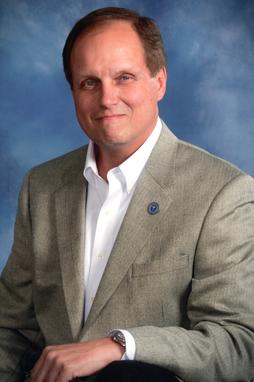