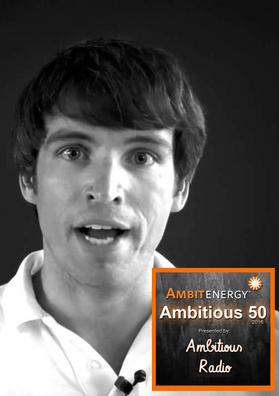 After graduating with a degree in petroleum engineering from the University of Texas, Jordan Buckingham had a bright future. Unfortunately, he also had a pretty substantial load of debt. He decided then that he would not let that debt rule his life. He set a goal to pay off that debt in 24 months.

Fifteen months later he had two-thirds of that debt paid off and was able to purchase his first home. His first mortgage payment was covered by his Ambit bonuses for the month and his 2nd electricity bill in his home was only $2.98.