Doug Parker grew up in rural East Texas and relocated to the Dallas area in the 1990s. Married at 19, Doug worked in the automotive and mobile electronics industries where he made a name for himself as a hardworking, honest, and customer-oriented professional. After a major accident, he soon experienced the financial strain that occurs when faced with growing expenses and worsening credit. He came to understand – via his firsthand experience – that anyone in today’s society, regardless of income or education, can come to financial ruin without an understanding of our credit system and knowledge of how to make it work for them rather than against them. With resolve and attention to detail, Doug carefully investigated the ways to improve his credit score and, most importantly, educated himself on how to maintain it once regained. It is a detailed process, and Doug soon found himself helping others to improve their scores and teaching them how to maintain excellent credit. In 1997 he founded RMCN Credit Services, Inc.

In 2001 RMCN had a staff of three and by 2004, when RMCN was incorporated, it employed 12 people. Three years later, Doug was being recognized for the unrivalled combination of integrity, knowledge, and thoroughness he brought to the credit repair industry. He then purchased a 26,000 square-foot building and by the end of 2007 his company had grown to 93 employees. Today RMCN employs over 100 people and has helped over twenty thousand customers. These clients range from individuals of moderate income to celebrities and professional athletes. RMCN’s clients complete the program equipped with the knowledge to make better financial decisions and the ability to make excellent credit a valuable, lifelong possession.

No. 28 in top 100 businesses in Dallas/Fort Worth/Arlington, TX

No. 24 in top 100 financial service companies in America

No. 24 in top 100 financial service companies in America

In 2010 RMCN was recognized on Inc. Magazine’s top 5000 companies in the US for the third straight year.

A Commitment to Service

It is said that companies, especially privately-held companies, are a reflection of their founders and their founders’ values. Doug Parker continues to bring positive change to the credit repair industry with integrity, hard work, dedication, constant education, and, above all, a commitment to provide clients with the services they need. He has guided RMCN Credit Services, Inc. through every step of its phenomenal growth, and to this day he maintains an un-changing commitment to serve his customers in the ever-changing financial services industry.

Chairman of the Partners Campaign 2008

Board of Directores
President

Over the past two decades, Doug Parker has led multiple companies to success including RMCN Credit Services, Inc. where it went from a small sole proprietorship in 1997 to its 2008, 2009 and 2010 selection by Inc. Magazine as one of the fastest-growing private companies in America. Ranked No. 408 in ’08 on the Inc. 5000 list, RMCN has risen to become a major employer in the Dallas/Fort Worth area and is recognized nationally as a leader in the financial services industry. 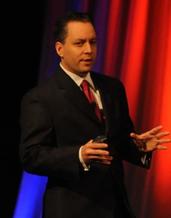 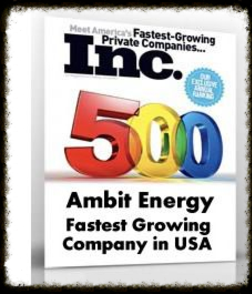