Esther Spina is the Ambitious Woman. She is a California girl who’s love of the beach and shoes makes her fun, relaxed, and relatable. She is a fun, smart, and talented entrepreneur dedicated to teaching other women how to become ambitious themselves. While making a name for herself in several male-dominated industries – Esther began to recognize the need for women to partner together and train up one another in order to be successful.

She put that idea into action by creating the Ambitious Women network and is now an author, speaker, and mentor to women in the network marketing and direct sales profession. Esther held the first Ambitious Women Conference in 2008 and it has blossomed into a must attend event taking place in two locations every year.

In 2013 Esther became an author with the release of her Amazon best-seller, The Ambitious Woman: What it Takes and Why You Want to Be One available for purchase here. Her second book, The Everything Guide to Network Marketing: a Step-By-Step Plan for Network Marketing Success, part of the renown Everything Series by Adam’s Publishing, will be available in December 2015 here.

Esther’s passion is to educate and empower women (and men) to be their best self; to discover their inner ambition and live to their fullest potential. She did this by creating the premier conference for women in network marketing and direct sales, and then expanded her platform to print in 2013.

Esther is inspired by the stories of strong, powerful, determined women who embody the characteristics of an ambitious woman. She includes the stories of these well-known women throughout history along with experiences from her own personal life. In her Amazon best-selling book, The Ambitious Woman: What it Takes and Why You Want to Be One, available here.

The Ambitious Woman is not just a great read for women, but men as well. The characteristics used to define ambition go beyond gender and can be developed in women and men alike.

Recently, Esther expanded her library by partnering with Adams Publishing on their popular Everything Series by writing The Everything Guide to Network Marketing: A Step-By-Step Plan for Multilevel Marketing Success available for order here.

Esther’s writing style is a great blend of story-telling and practical tips told in a straight-forward, honest, and encouraging way.Purchase the Ambitious Woman Package and gain access to Esther’s teleseminar “Dispelling the 5 Myths About Ambitious Women!” Over five weeks, Esther will guide you through the 5 myths about Ambitious Women and how to dispel and overcome them. Plus, she’ll tell you what actions you can take immediately to become ambitious! 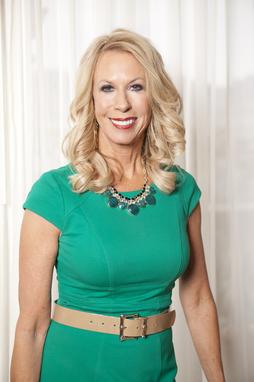