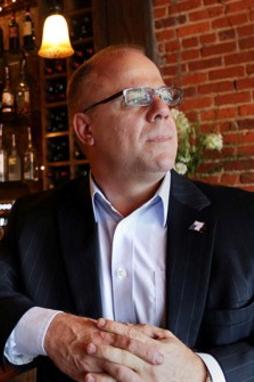 Douglas Muir is an authority in business strategy, Customer Development and the Business Model Canvas, having successfully built several multimillion-dollar enterprises from the ground up. He is considered the s tart-up guru and speaks internationally on topics of entrepreneurship, innovation, and business growth.

Muir teaches Entrepreneurship at the prestigious University of Virginia, both in the School of Engineering and in the Darden school of Business's MBA program. As well as being a professor, he is the Director of the Business Minor Program in the School of Engineering. He is an expert in the Customer Development and Business Model Canvas theory of building businesses, and teaches this methodology to undergraduate students thirsty for entrepreneurship and eager to start their own companies.

Muir has been inter viewed by Gerri Willis of CNN and by Bloomberg Radio, and has been published and quoted in numerous publications including Business Week and The Scotsman Guide, a prestigious magazine for the banking, mortgage, and investor industry.  Douglas was the host of The Doug and Eric Show on ABC, "Exposing the Hidden Truths about the Three Credit Bureaus and the Banking and Finance System".  He was featured in Kaihan Krippendorff's business tactics book, Hide a dagger Behind a Smile, which described how Muir infiltrated the insurance industry and locked out his competition.

Muir is the owner of Muir & Associates, a private equity firm that concentrates on creating start-ups and scaling them, while always creating an exit strategy. Muir's portfolio consists of companies in a variety of industries including the credit and financial industry, information technology, telecommunications, insurance, and food and beverage. His creation and ownership of such a large array of companies, both past and present, have allowed him to become a seasoned veteran in forming new ventures.