Executive Consultant Alan Johnston coaches basketball at a high school in Tyler, Texas. It keeps him extremely busy and he loves his work. His father was a school administrator and his mother was a classroom teacher, so education is in his blood. Yet, Alan says, “It’s a thankless job, financially.” So he’s done all kinds of things during the summers to supplement his income, including hauling hay and mowing yards. “I’ve always known you have to put money back,” he says, to save for the future. “But I’ve watched as my 403(b) went to nothing, and about four years ago I quit opening those envelopes.”

Now, as a Consultant with Ambit Energy, Alan has discovered a vehicle that’s helping him take control of his financial future. He says, “Now that I’ve committed to this business I don’t worry about the stock market.” Now he focuses on leadership, coaching and training others. Alan says, “I’m not the only one who’s been affected by the economic situation.” He says Ambit provides “the opportunity to offset all the worries, financially, that people have.” He goes on, “I can have even more passion about what I do, because I don’t have to worry about money.”

Overcoming the time barrier
Alan says that over his 26 years as an educator, “I must have been approached 50 times and said ‘no’ to MLMs. I even looked at Excel in the late ‘80s.” He remembers five people were at that particular meeting, and the one person who said “yes” is financially free today. Alan had never joined a network marketing organization because he didn’t have the time. During basketball season, he works 80 hours a week. But now, with Ambit he realizes that his time is flexible, “just like it says in the PowerPoint.” He can coach a 32- to 42-game season and still have time to work his Ambit business. And, he says, “It’s been fun!”

How the fun started
Alan first heard about Ambit Energy while he was on the phone with an old high school classmate. EC Regina Gail and Alan were talking about their upcoming high school reunion. As they were catching up, cataloguing events that have transpired over the years, Regina suggested that Alan look into joining Ambit. Alan said, “I don’t do those things.” Regina replied, “You don’t want to miss this.” And Alan respectfully declined, “Well, I’ll miss this dance, but thank you.”

A week later, Alan was talking to a friend who has kids attending The University of Texas at Austin. Their conversation came around to college costs. When Alan heard how much money he’d need to send his own kids to school there, he was bewildered, to say the least. So, a week after that, on the phone with Regina again, he asked her how she was paying for her kids’ education. And Regina replied, “Remember, Alan? You don’t do those things!”

Alan says, “Regina’s smart-aleck response slapped me smart.” So, at Regina’s suggestion, he got a group together in Tyler and she drove up from Houston to present the Ambit Opportunity. Alan joined the business in November 2008 with his “Why” firmly in place: to provide for his 15-year-old daughter’s and his 14-year-old son’s college education.

Through Regina’s leadership he quickly promoted himself to RC and then to SC. Over the summer of 2009, Alan adopted what he calls a goal-oriented sports slogan: “EC by AC,” which means “Executive Consultant by Ambition Convention.” He made it, promoting himself at the midnight hour: to be exact, at 11:40 p.m., on September 2, the day before Ambition started.

Promoting the success of others
Alan attributes his success to the trust factor of friends he’s brought into the business and “the incredible, fantastic leadership of Regina Gail.” Plus, he knows not to re-invent the wheel, and to just follow the system the company already has in place. He’s thankful to his team of Senior Consultants for the work they’ve done to help others see the value of the Ambit Opportunity: Steve and Sonia Buckelew, Cindy Gross, Ken Kimes, Gary Fleet, and Ray Johnston.

“I want people to be as successful or more successful than I am,” says Alan. He believes this business is a blessing and he’s indebted to a lot of people. “I owe folks like Jere Thompson, Chris Chambless, Scott Lawrence, Darrell Starkweather and Nettie Sappington,” he says, reeling off the names of Ambit Energy’s co-founders and key staffers who’ve been helpful. “You guys have put together a business where an average Joe can supplement his income and not have to worry about working to a crusty 100 years old! You guys do all the hard work. The back office [Power Zone] makes things so simple. If a hardheaded guy like me can do it, anybody can.”

“The thing that’s blown my mind,” Alan continues, “is I put three Consultants in and wake up nine months later and there are 350 people in my business.” He says, “I want to make a personal effort to get to know all of them.” He’s started calling and emailing to honor that pledge. “You see, somebody took time out to make sure it was worth my time, and so I want to do the same for the people in my organization.” He’s made a commitment to help his team members get their businesses off and running.

Coach Alan’s advice
“The more ‘NOs’ you hear, the better your business will be,” Alan has discovered. “Don’t give up. Press forward. Don’t get too greedy, either.”

He has a few special tips for people building their Ambit businesses. “People who come into this business should not shortchange who they think could be a Consultant.” He offers that advice because when he’s approached bank owners and CEOs of companies to be his customer, he finds that they’re also interested in an opportunity to earn income. “I’ve got multi-millionaires in my business,” Alan says. “I never thought they’d be interested.”

Another piece of wisdom: “Don’t drag a dead horse along.” By that, Alan means don’t waste your time on “the big prospect” who’s going to join “any day now.” Move on.

Finally, he strongly suggests, “Get with your leadership team and follow them. Be coachable. I see myself as a perfect example of that.”

What the future holds
“I wish I had a crystal ball to see where this opportunity is going. All I know is I’m on a magic carpet ride and nobody’s pushing me off of it. I’m on for the long haul.” While Alan cannot predict the future, he’s already seen unimaginable success. He was the #1 Performer in the Q3/2009 5-Star Club Contest, which means he’ll be on an Ambit-sponsored trip to a 5-Star resort very soon. “My group built that,” Alan says. He didn’t even know there was a contest until someone mentioned it to him. And now, by the way, in the early stages of the Q4 contest, he’s at the top of the list.

“My business is blessed,” believes Alan. He wants people to know, “If you’re not doing it full-time, you need to enjoy this,” because he thinks meeting new people is wonderful. “I’ve received thank-you cards from customers. One lady baked me an apple pie!”

If nothing else, Alan is 100% committed. “I guess it’s part of my athletic upbringing. If I’m going to do something, I do it wholeheartedly.” He also believes we have the perfect product, a very equitable compensation plan and great benefits for customers, including Free Energy. “Electricity and natural gas… it’s the last utility to be deregulated. And guess what, my last bill for a 2500 kilowatt-hour month was $3.24. I don’t mind cranking that bad boy down to cold!” 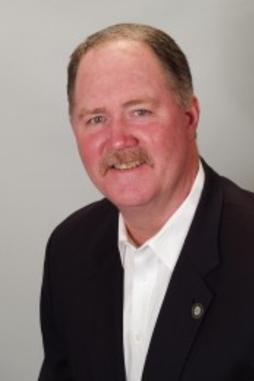