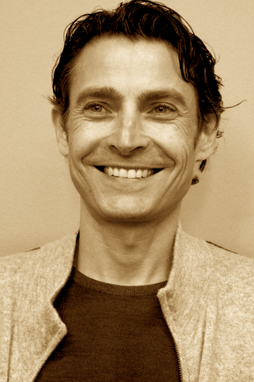 "There is no legacy so rich as honesty"

Even though Rob Dube was fresh out of Albion College in 1991 when he and his life-long friend, Joel Pearlman, founded imageOne, he was more than ready for the role of co-owner and President. In fact, he had practically spent his whole life preparing for the day.

Rob’s journey began in ninth grade when he and Joel launched their first business – selling blow pop candy out of their school lockers. From blow pops they moved on to other endeavors, such as selling t-shirts and detailing cars.

Rob and his partner realized early on that their passion to deliver an extraordinary customer experience would be key to their success. It is this passion that has become the driving force behind imageOne’s success.

In 2004, imageOne was acquired by a public company; and in 2006 Rob and his partner reacquired the company. While going through the process of reacquiring imageOne, they discussed ways they could make a difference in the world. After reading the book Small Giants, by Bo Burlingham, they became obsessed with building an amazing company culture and giving back. Their mission is to change the lives of their team, their customers, and everyday people in small and big ways. In addition, they created a program to give back to a cause close to their heart, Toner for Autism, which is dedicated to raising awareness and donating at least $1,000,000 to organizations that support autism related research and issues.

imageOne is one of 24 companies in the world that holds the CompTIA Managed Print Trustmark and has been awarded the Detroit Free Press Top Workplace (2 time honoree), Crain’s Small Business of the year award, Sloan Award for Business Excellence in Workplace Flexibility, Inc. 5000 Fastest Growing Private Companies in America (6 time honoree), 101 Best and Brightest in Metro Detroit (9 time honoree), Best and Brightest Companies to Work for National Honoree (2 times), Corp! Magazine Best of Michigan, the Detroit Chamber Future 50 award, and Michigan 50 Companies to watch. In addition, imageOne has been featured in the following books: Traction, by Gino Wickman; Zingerman’s Guide to Good Leading, Part 1, A Lapsed Anarchist’s Approach to Building a Great Business, by Ari Weinzweig; and Finish Big, by Bo Burlingham.

Rob was honored to be a receive the RARE Everyday Hero award for his work in the community, is a Member of the Board of Directors for the Small Giants Community; the Board of trustees for the Boys and Girls Club and served as the Chairman of the “Walk for the Future,” is past President of the Detroit Chapter of the Entrepreneurs Organization, is a member of the Small Giants Passport Group, has been involved with Junior Achievement where he has participated in an Online Mentor Sessions, and served on the Executive Board of SIFE at Oakland University. Rob has taught both MBA and undergraduate Business Classes at Oakland University and speaks to groups about planning your future. He is a mentor at Coolhouse Labs, an advisory board member at SavorFull and an investor in Project Travel and MakerOS. His inspirational quotes can be viewed two times per week at the imageOne Blog. Outside of imageOne, Rob completed his 14th marathon at the New York Marathon, enjoys snowboarding, is an avid meditator, and loves spending time in Northern Michigan with his family and friends.