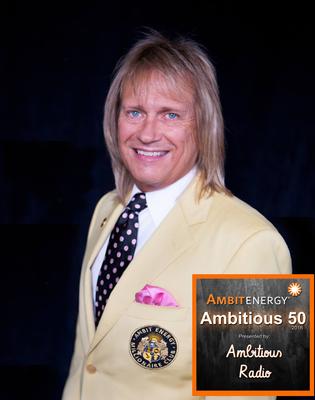 Lane is a nationally acclaimed public speaker and trainer with over 20 years experience in the Direct Sales industry.

Lane’s career began in 1989 when he became one of the original founding independent representatives with Dallas based, “Excel Telecommunications Inc.”. Lane was Excel’s first Executive Director & National Trainer. Due to Lane’s major, and early on contribution to Excel’s success, a new position was created in the marketing plan by Excel’s President and CEO Mr. Kenny Troutt. Mr. Troutt promoted Lane as the first Presidential Director of Excel. Lane toured the United States for 3.5 years, and was very instrumental in establishing new markets.

Lane’s contribution certainly played a role in Excel becoming the first company at that time to achieve the goal of a billion dollars in annual growth and eventually becoming the 4th largest long distance company in America. Excel went public on the New York Stock Exchange and two thousand millionaires were created through the unique concept of joining Network Marketing and Long Distance Service. All of this would not have been possible except for the deregulation of the telecommunications industry in the early 80’s allowing free competition to take hold.

Lane repeated his success in the newly deregulated electricity market as a Founding National Consultant and National Trainer for Ambit Energy. Ambit is a Retail Electric & Natural Gas Provider located in Dallas Texas. Lane joined Ambit Energy in October of 2006 to help the company achieve their goal of becoming the largest provider of residential and commercial energy services in the nation. Already an emerging giant in the energy business, Ambit Energy was listed by Inc. Magazine as the fastest growing privately held company in America for 2010. Since then the company has continued to grow by over 400%.

Lane’s early contribution to the company has not only played a role in Ambit Energy’s success but has also allowed him to pursue a life time goal as a Motivational Speaker, Trainer and Success Coach. The pursuit of Lane’s personal goals could only be possible because of the unique residual compensation plan offered by Ambit Energy. Lane says, “That’s what the Ambit Energy financial opportunity is all about, building a protected residual income for life to pursue your personal goals, dreams and aspirations.”

In addition to being a Motivational Speaker, Lane is an accomplished musician, singer/songwriter and contemporary artist.

​Golden Nuggets for this episode:

Spill popcorn in the lobby

Birds of a feather

Have you ever dreamed