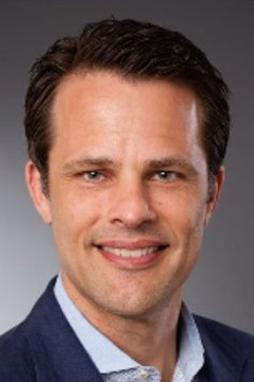 Michael Chaffin is a strategically-focused, visionary, and results-driven business executive, with 25 years of experience as a successful entrepreneur, business manager, and management consultant.  He leverages team strengths and cross-functional collaboration to accomplish ambitious goals and drive successful business results in a broad range of industries including technology products & services, financial services, apparel licensing, entertainment, and manufacturing.  Michael has led high-priority initiatives to redesign all aspects of organizations from startups to Fortune 500 companies, including sales management, accounting, IT, production and human resources.  His strengths include leading organizations through rapid growth-related issues, loss of key executives, or turnaround situations.

Since 2004, Michael has served as Business Manager for the multi-platinum hip-hop artist, Nelly, for which he was originally hired to turnaround Nelly’s Apple Bottoms apparel line.  Through restructuring from a production firm to a licensing entity, Michael was able to grow the business from $2M in revenue with $3M in debt in 2004 to $83M in revenue with no debt in 2008.  The company reached $100M in revenue at its peak and was sold in 2013.  He also has managed the business side for numerous Nelly tours and six albums, as well as the Derrty Apparel line, several TV partnerships, and Nelly’s record company, Derrty Entertainment.  He managed endorsements with Ford and General Mills, and is managing the 2015 New Kids on the Block with Nelly and TLC tour.

In early 2015, Michael and Mark Cuban co-launched the Three Commas apparel line, a concept derived by Mark Cuban based on the fact that there are 3 commas in a billion dollars.  They extended the Three Commas brand by leveraging the popularity of professional athletes including Chase Daniel, Danny Green, and Quentin Jammer to open doors, negotiate terms, and close sales of corporate apparel / uniforms with major accounts affiliated with each athlete’s college alumni.  Michael also co-developed Luke’s Fastbreaks, a line of comfortable and attractive garments to replace traditional hospital gowns which will launch in late 2015.

Michael has developed successful partnerships and programs over many years with AllGoods, an $80 million a year advertising specialty firm that manufactures and sells spirit related items through their 5 call centers to high schools in 48 states.  Projects with AllGoods include transitioning new C-Level management including COO, CFO, and CTO, reviewing new business ventures and providing oversight to their custom CRM and ERP system development and rollout.  In partnership with AllGoods, Michael successfully operates the online stores for the hit Discovery Channel programs Fast N’ Loud, Dollhouse Dance Factory and Street Outlaws as well as the OWN hit show Sweetie Pies – collectively producing and shipping 40,000 to 60,000 garments each month.  He also launched the “Gas Monkey Bar N’ Grill” and related merchandise kiosk at the DFW Airport in Dallas.

In 1999, as an early innovator in the social networking marketspace (prior to Facebook, LinkedIn, and MySpace), Michael founded the social networking company Six Degrees Online.   He successfully launched the initial beta website in March of 2000, and subsequently closed the business in 2002 due to a lack of funding during turbulent economic times.

Michael started his professional career in 1989 as an Account Executive for Attachmate software where he contributed to the growth of the company from $30M in sales in 1989 to $65M+ in 1992.  From 1993 to 2000 Michael was Co-Founder of Akili, a technology consulting company specializing in business process reengineering, organizational change, and application development. He developed the sales & marketing strategy which helped grow revenue to $23M prior to its sale to Koch Industries.

Michael was awarded an MBA in Marketing from the Cox School of Business at Southern Methodist University in 1998.  He completed his undergraduate studies at the University of Texas at Arlington, where he earned a Bachelor of Business Administration in Marketing in 1988.

Michael currently resides in Dallas, Texas and is active in the start-up communities both in St. Louis and Dallas, where he is focused on opportunities in the apparel, manufacturing and technology.  Since November 2013 he has served on the Governing Board of Make-A-Wish Missouri.  He formerly served on the Board of Directors for Covenant House, an international charity that focuses on homeless teenagers. 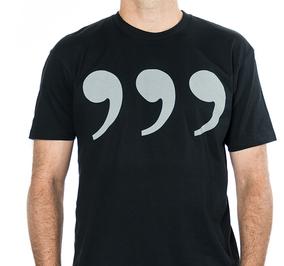