"He who introduces into public affairs the principles of primitive Christianity will change the face of the world." 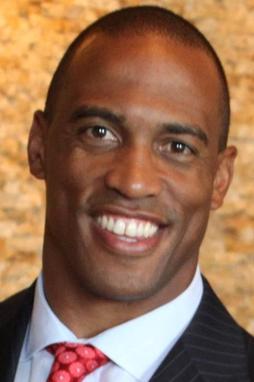 State Representative Scott Turner, a businessman and former NFL player, was elected to the Texas House of Representatives in November 2012.  He represents House District 33 which encompasses all of Rockwall County and portions of Collin County.

A fourth generation Texan, growing up in Richardson, Rep. Turner attended the university of Illinois, graduating with a degree in speech communications. In 1995, he began his 9-year professional football career as a defensive back wen he was drafted by the Washington Redskins. He went on to play for the San Diego Chargers and the Denver Broncos. During the latter part of his football career, Rep. Turner spent a great deal of time alongside then-Chairman of the House committee on Armed Services, Duncan Hunter, assisting with the military and veteran affairs.  After retiring from the NFL, Rep. Turner returned to the Dallas area to pursue his business career. He is now the Director of Business Development and Corporate Chaplain at Systemware, Inc and the Founder/CEO of Statesman Clothier.

Rep. turner serves on the Texas House Government Transparency and operation Committee and the Committee on International Trade and Intergovernmental Affairs. He volunteers on several community boards including Presbyterian Hospital's Presidents Leadership Council, Dallas Metropolitan YMCA Board of Directors, Prestonwood Christian Academy Board of Trustees and GuideStone Financial Board of Directors. He and his wife, Robin of 20 years, are active members of Prestonwood Baptist Church where he served as a Bible Fellowship leader, Deacon and occasional guest pastor.

​GOPAC named Rep. Turner to their list of 2013 Emerging Leaders for his leadership in the Texas House. He was also named a Courageous Conservative by the Texas Conservative Coalition and Texas Eagle Forum recognized him as a Top Related Conservative in the House.

Rep. Turner, Robin, and their nephew Solomon reside in Frisco.

"What separates you from your competition is how hard you work."